Tomato industry in can crisis 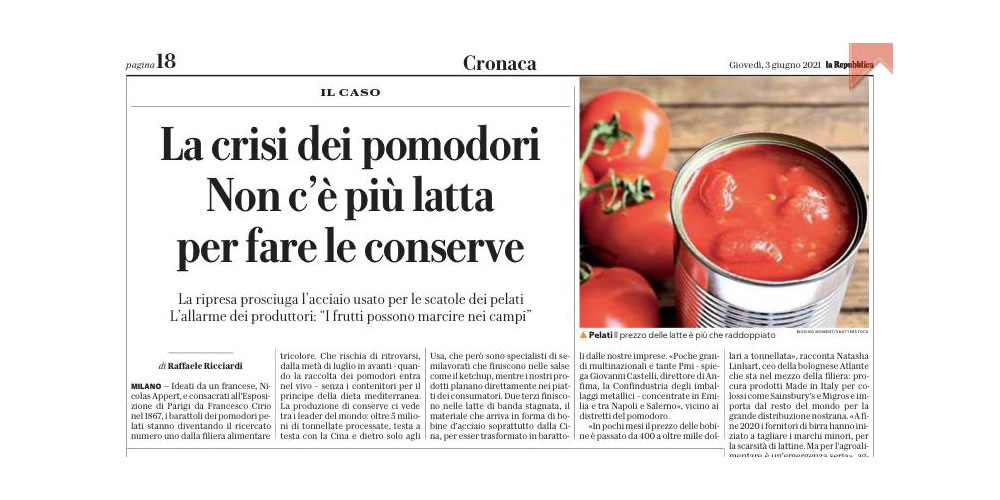 Tomato industry in can crisis

Cans of peeled tomatoes, invented by a Frenchman, Nicolas Appert, and introduced to the world at the Paris Exposition by Francesco Cirio in 1867, are becoming the most wanted item of the Italian food chain. A food chain at high risk of finding itself, from mid-July onwards – when the tomato harvest comes to life – without the containers for the prince of the Mediterranean diet.

Italy is among the world’s leaders in preserved tomato production with over 5 million tons processed; neck-and-neck with China and second only to the USA which, however, specialises in semi-finished products used in sauces such as ketchup, while Italian products land directly on consumers’ plates. Two thirds of the volume processed is stored in tinplate cans. The material is mainly imported from China as steel coils to be transformed into cans by our companies who are “a few large multinationals and many SMEs clustered in Emilia and between Naples and Salerno near the tomato districts” explains Giovanni Castelli, director of Anfima of the Industrial Association of metal packaging. 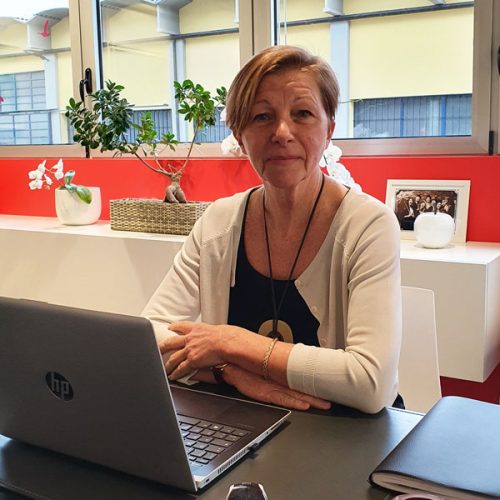 “In a few months, the price of the coils has gone from $400 to over a $1000 per ton” says Natasha Linhart, CEO of the Bolognese company Atlante who sit in the middle of the supply chain. It sources Made in Italy products for giants such as Sainsbury’s and Migros while importing from the rest of the world for Italy’s food retail chains. “At the end of 2020 beer suppliers started cutting smaller brands, due to the shortage of cans. But for the food industry it is a serious emergency” she adds, warning of the risk of “leaving the tomatoes to rot in the fields”.

As in other industries, a perfect storm is breaking out within cans. The steel mills had slashed production due to Covid as a reaction to a sharp drop in demand from the automotive industry. But some consumer goods have boomed. Most households have stocked up on chopped and peeled tomatoes and stocks of packaging material are now severely depleted. When the economy started up again the producers of semi-finished products were unable to keep up with the surge in demand. “It takes two years to upgrade the production lines,” says Linhart. Reliance on foreign imports is very significant, as pointed out by the trade unions who are pressing the case for investments from the former Ilva of Genoa to increase the production of tinplate from its current 100,000 tons, against a national demand of 800,000 tons. If this dynamic is combined with the increase in transport costs and the fact that those who hold the raw material have begun to accumulate it for themselves, the price hike becomes easy to explain. “Tinplate accounts for 60-65% of the cost of the can” says Castelli. “On a half-kilo can, that’s a 3-cent increase which is a lot for a product that costs so little” says Linhart. With the harvest season approaching, the real threat is the shortage of tinplate and deliveries from abroad being slashed, delayed, or made conditional upon the acceptance of cost increases.

“The problem exists and we are monitoring it”, says Giovanni De Angelis, director of Anicav, the association of canners, “because it concerns an industry that fills 3.5 billion tins of tomatoes every year”. The largest can factories “plan production in advance, but there are some more flexible companies that could face trouble”. It is not yet clear whether the scarcity of cans will jeopardize the season, adds De Angelis: “The only certainty is that the increase in the cost of steel, with the increase in the cost of labels, cartons and plastic, will affect the cost of finished products”. The problem “could be heightened by the surplus of production that was agreed with farmers in order to replenish the stocks depleted in 2020”, argues Lorenzo Bazzana, economic manager of Coldiretti. And there are already those who foresee the next victims of the can-crisis: fruit in syrup and, later in the year, legumes.