Another hard blow to agri-food exports to the United Kingdom 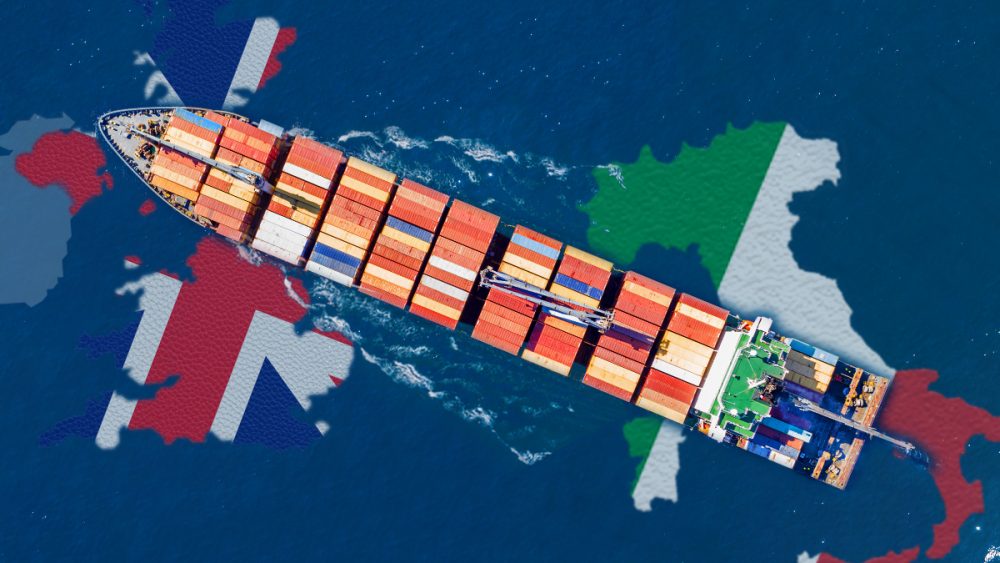 Atlante highlights the latest crisis that is impacting the shipping routes from Italy to the UK.

For months, Italian exporting companies have been forced to undergo increases of up to +600% in tariffs for sea routes.  After having denounced the unsustainable cost increases for the routes to the United States, this week we’re witnesses and victims of yet another blow inflicted on Italian agro-food exports to the UK with increased tariffs on sea routes from Italy to the UK.

The maritime transport of goods is managed by a small number of shipping companies and 90% of the containers handled around the world are managed by just five companies. The 2021 financial report published by Maersk – which alone manages approximately 25% of global traffic – shows them benefitting from significant margin growth.

If initially, the recovery of post-pandemic demand generated successive bottlenecks in different parts of the world, triggering a spiral in the cost of freight rates and congestion in ports, today there are no technical reasons that justify such a strong increase in transport costs.

The alarm cry of companies operating on international markets is also spreading today due to the explosion in the price of energy, uncertainty about the availability of raw materials and the surge in all cost items generated by the conflict in Ukraine. This confluence of issues risks jeopardizing the development of an entire sector that has led the export of Made in Italy for decades.

Now, as if all this were not enough, we have learned of Cosco’s decision to double the freight costs from the port of Salerno to UK and that MSC has also decided to cancel the route from the port of Naples starting from the 1st of April. Naples, despite being often congested, is a strategic port for exports of tomatoes and pasta from all over southern Italy: as a result of this decision, the containers will from now on pass through the port of Gioia Tauro with the help of a feeder ship or by rail.

The transfer of traffic from Naples to Gioia Tauro, which will certainly help to decongest the port of Naples, will, however, generate immediate additional costs. It will also cause inevitable further deterioration of the service with average delivery times increasing by at least a week. It is more than realistic to predict an impact on the overall export of Italian pasta and tomatoes.

“We are extremely concerned about the implementation of disproportionate tariffs on sea freight rates that are a major risk to exports during a period in which businesses are already experiencing dramatic production cost increases” comments Natasha Linhart, CEO of Atlante. “We urge authorities, press and institutions to act quickly on this issue to maintain the national heritage of the export of Made in Italy products.”.

This alarm comes from the main national operators, such as Atlante, a company specializing in the export of Italian food products to the United Kingdom, De Matteis Agroalimentare, one of the main exporters of Italian pasta and La Doria, a leader in tomato processing and in the production of sauces and condiments.